In Exeter, words such as community, wellbeing and positivity are spoken regularly. We know that our lives here in Exeter are better than in many other cities, and the pandemic taught us that our communities here are hugely supportive of each other.

But if you’re a man, it’s a fact that you’re less likely to interact with your community than if you’re a woman. It can be hard to make friends when you stop working full time, and if you’re recently bereaved or living on your own, then you’ll probably find it even harder.

No doubt you’ll have seen the Age UK Men in Sheds shop opposite the bus station in Paris Street and wondered what it was all about.

Run by Age UK Exeter, the Men in Sheds workshop in Wardrew Road, offers men over the age of 50 the opportunity to undertake a range of activities, adapting, fixing or making products to sell in the shop, or at other events to raise money for their ongoing running costs. As well as this, and perhaps most importantly, Men in Sheds offers volunteers the opportunity to chat and to support each other.

Nick Jarman, one of the Shed’s volunteers, told us why this is so important. He said: “It’s a very social atmosphere with an emphasis on giving back something to the community. And doing something worthwhile and making people feel valued. It’s a good stress reliever but is done in a very relaxed way.”

There’s no pressure on time commitment – people give what they can. Nick said that volunteers are all ages, and from all backgrounds. He used to be a mental health nurse, others are from military or mechanical backgrounds. The men involved are keen to stress that it doesn’t matter whether somebody has any previous practical skills or experience, because there is always somebody there to help them if they don’t.

He continued: “It’s a chance for men to feel like they have a purpose once again. Once we’ve built up a rapport, it’s so much easier to talk openly, and because we’re all busy working on projects, it’s a lot easier to open up.” 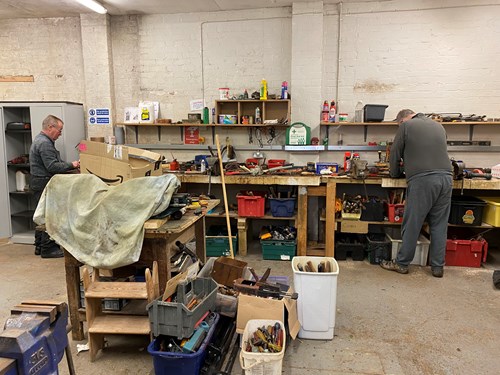 Items mended and made by the group include lawnmowers, garden benches, garden forks and spades – the list goes on.

Nick went on to explain: “We often get people donating entire garden sheds worth of tools! If somebody has passed away, their surviving spouse or partner often just doesn’t know what to do with all of their tools, so we’ll happily take them off their hands. Anything we can’t use, we’ll sell to the scrap metal merchants, so it will still make money for the charity and will still be of value to us.

“We live in a very throwaway society. Items bought from DIY stores have often been made cheaply and might not last as they used to. We’ll repurpose things like garden forks, and they’ll go on to last for years.”

Julian Westlake has been volunteering at Men in Sheds for six years, and initially got involved on the advice of his GP. Julian lost his wife in his 50s, and following a car accident a few months later, became a full-time carer for his son who had been left with brain damage. When he stopped working, he found that he was drinking too much and spiralling into a depression. His GP suggested that he do ‘something’ and that he get out of the house more often.

This was six years ago. Julian now takes new volunteers under his wing and matches them with people who have similar skillsets, or who are from similar situations.

“We often go for a drink together after our time in the workshop and continue the conversation. It’s just about chatting really and giving people a reason to get up and get out of the house.”

Julian and Nick are both keen to stress that anybody is welcome here. There is no minimum time requirement and whilst the workshop is open from 10-4 Monday to Thursday, volunteers can give as much or as little time within those hours as they like.

To read more stories about those who live and work here, and to find out what makes Exeter special for them, search for ‘Exeter Live Better’ on Facebook, Instagram or Twitter, or go to exeterlivebetter.co.uk. 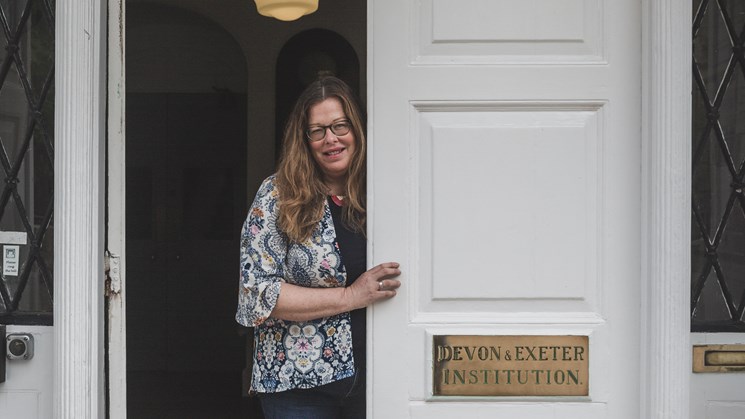 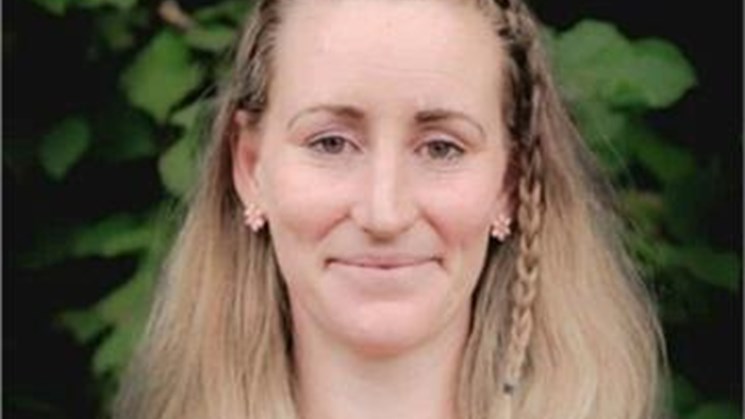